The 10 most beautiful places to visit in Torrevieja 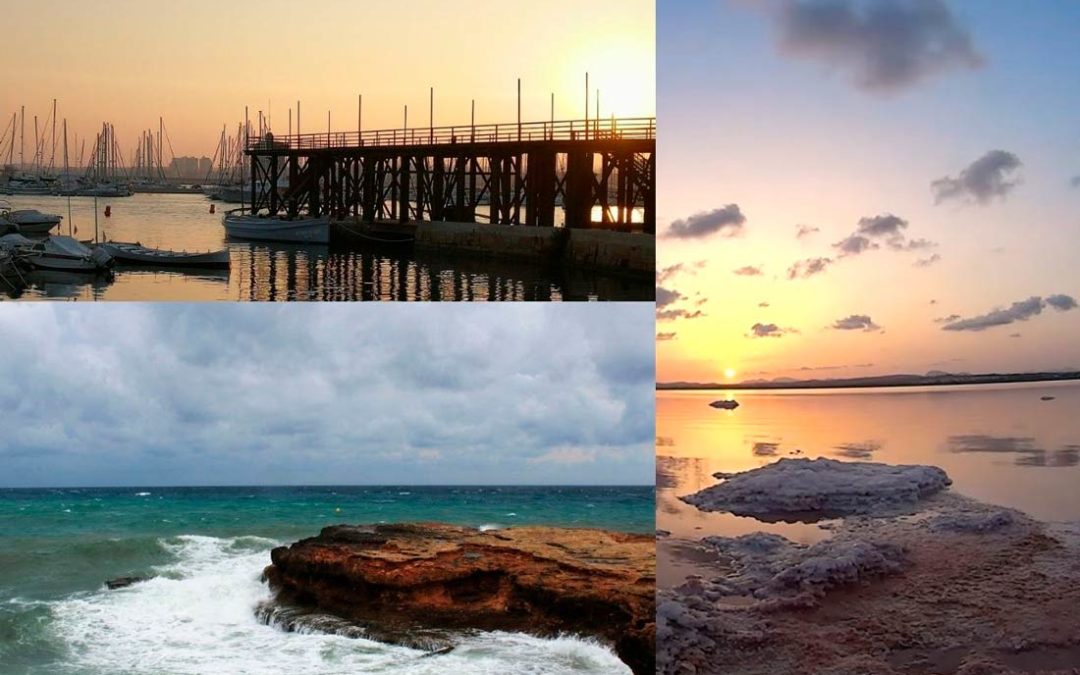 Torrevieja is one of the jewels of the Costa Blanca, one of the cities not to miss if you go to Alicante. About 50 kilometres from the provincial capital there is Torrevieja, one of the most visited cities by tourists in the region. No wonder if you consider that you can enjoy great beaches, an incredible climate and a wide range of leisure options to make the most of your free time. To help you with your visit, we will tell you about the best places to visit in Torrevieja.

The Tower of the Moor

The “Torre del Moro” is located in the Cabo Cervera region. This tower was built in the 14th century with the aim of creating a defence system for the town. At the time, it was built as part of the defence against pirates of Berber origin.

The original tower was completely destroyed by an earthquake in the 19th century. Restoration work began in the 1960s and lasted until 1994, when it was opened to the public for visits.

The most outstanding feature of the “Torre del Moro” is its belvedere, which can be accessed during the visit and from which you can enjoy a magnificent view.

The Tower of the Mata

The “Torre de la Mata” is another of the defensive fortifications of the area, built in the 14th century. It is located in Plaza del Embarcadero, on La Mata beach. It was rebuilt in 1982 by Torrevieja Town Hall and is open to the public. It has been declared a Site of Cultural Interest and a part of Spain’s Historical Heritage.

Park of the Garden of Nations

If there is one thing this park at the Jardin des Nations is known for, it is the dragon-shaped slide that the little ones fall in love with. This mythological animal is just the beginning of a visit where children will enjoy being able to see in person a large number of domestic birds: ducks, chickens and even some peacocks. All this in an incredible environment.

It is another of Torrevieja’s most famous natural sites and one of the largest in the region, with a large number of pine trees that are very characteristic of the area. We will find many paths that will allow us to walk through the park. It is called the Water Mill because in its time there was an aquifer here from which water was extracted by a mill. Today the aquifer is not active, but there is a reconstruction of the old mill that we can visit in a sort of square.

This is the other large space in Torrevieja specially designed for children. It is not open all year round, usually from May to September. It is a large water park with numerous pools, slides and a solarium area. It also has all kinds of facilities for eating and having a good day.

The natural park of the Mata and Torrevieja lagoons is one of the places not to be missed. A natural place located in the Saladar de la Mata area. The saline landscape predominates and we can enjoy it in two routes through the Natural Park. You will be able to contemplate magnificent views of the lagoon of La Mata. There is also another cycling route of more than 5 kilometres. This Natural Park is characterised by its many birds and pine forest.

The beach of La Mata is one of the best known in the region. It is a fairly large beach, about 40 metres wide and two kilometres long, covered with fine sand, which makes it as pleasant as it is beautiful. As well as having a good bath and a quiet day, you can also enjoy many water sports on La Mata beach.

This beach has all kinds of services such as lifeguards and lifeguard service, wheelchair access, showers and even areas for children. Its location in the middle of the promenade provides access to many bars and restaurants in the area.

It is perhaps one of the most famous beaches in Torrevieja. The Playa del Cura is a Little bit smaller than La Mata, about half a kilometre long, but no less popular. It has all kinds of services and the area offers a good variety of places to eat or drink and spend a whole day at the beach. In addition, the Cura beach is very well located next to the old town of Torrevieja.

Torrevieja has a great historical, architectural and cultural wealth: you should also add to your visit : .

You should also not miss some of the museums that exist in the city :

If you have more time and want to visit more destinations on the Costa Blanca, check our list and if you want to taste typical food, you will find the best restaurants in the area.